Around 50% of the produced crude petroleum in the world is refined into transportation fuels which represent the fastest growing component of the energy sector.

This massive use of a non-renewable feedstock leads to a significant footprint on the environment especially in terms of greenhouse gas emissions. In this framework, biomass can be view as the only reliable green energy source that can be converted into liquid transportation fuels in competition with fossil-fuels (see Figure 1) [1]. 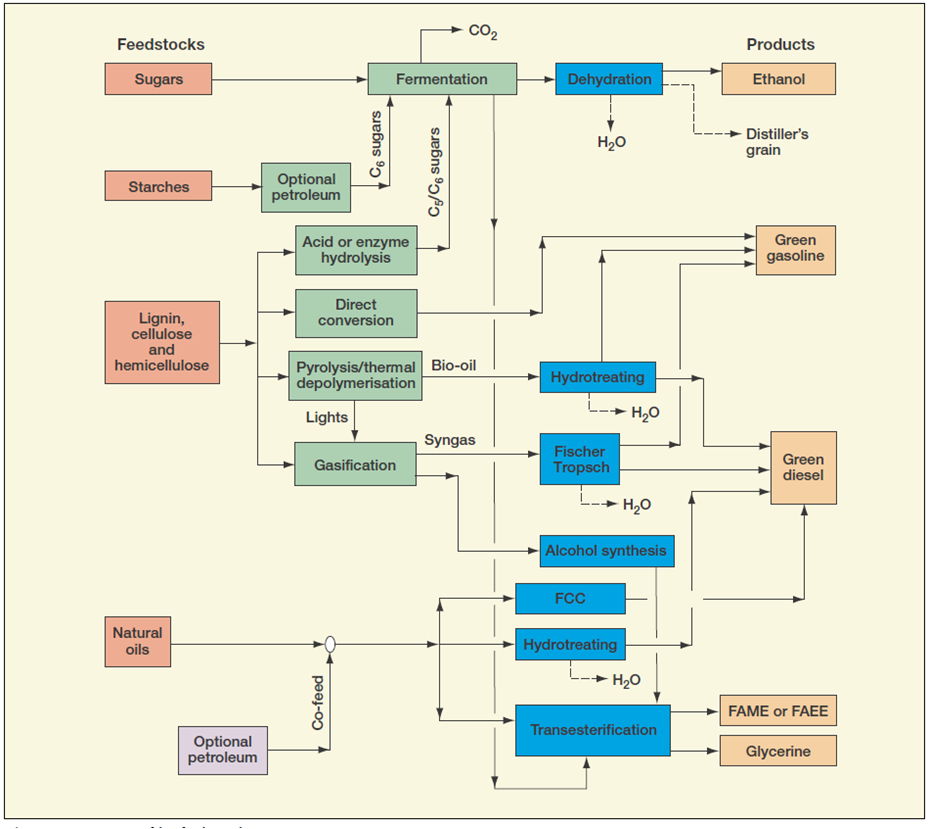 Actually, the most common process to produce biofuels from biomass is the biodiesel production process. As valid and interesting alternative it is possible to produce biofuels for transportation purpose by blending or co-processing of green feedstock within traditional petroleum refineries by properly revamped processes. To this end, ENI has developed a new biofuel production process, called Ecofining, to produce Green Diesel in alternative to fatty acid methyl ester (FAME) also known as biodiesel.

If from one hand, biodiesel has many desirable qualities such as high cetane number, from other hand there are some disadvantages associated with its use, such as poor stability and high solvency, leading to filter plugging problems.

In order to overcome these problems, ENI has developed its new process based on a revamping of a conventional hydroprocessing technology that is widely deployed in refineries and uses the existing refinery infrastructure and fuels distribution system. As already said, this new technology process use widely available vegetable-oil feedstocks to produce a high-cetane, low-gravity, low-aromatics and sulphur-free diesel fuel, known as Green Diesel. Table 1 reports a comparison between physical properties of biodiesel and green diesel [2].

The biodiesel is conventionally produced via transesterification of triglycerides in presence of methanol. The reaction is  catalyzed by caustic soda to produce FAME and glycerol as a byproduct (see Figure 2) [3].

The Green Diesel production process, implementing the hydroprocessing route, uses hydrogen to remove oxygen from the triglyceride molecules (see Figure 2). Then, the oxygen is easily removed via two competing reactions: decarboxylation and hydrodeoxygenation. The extent for each reaction depends on the catalyst and process conditions.

The revamping of the hydroprocessing technology to produce green diesel is achievable mainly by two different approaches (see Figure 3)[4]: 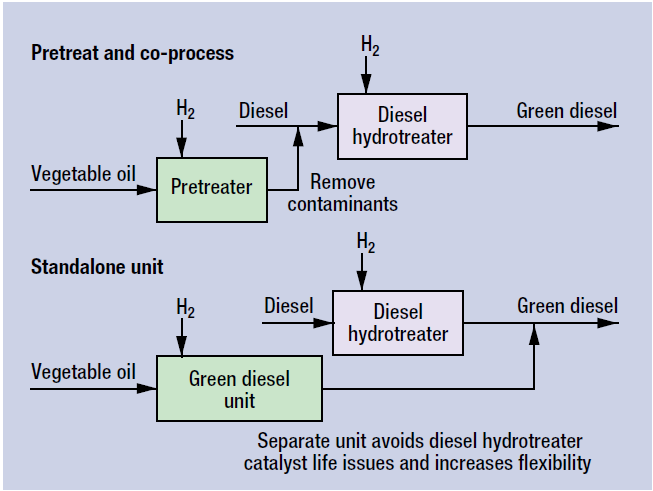 The co-processing route shows good potentially due to the possibility of reuse existing equipments, resulting in a lower implementation cost of the whole plant. Anyway co-processing is affected by some problems related to the processing of vegetable oils which contain trace of metal contaminants such as phosphorous, sodium, potassium and calcium. In fact, in this case a pre-treating reactor may be needed to remove the aforementioned contaminants by catalytic reactions. Generally existing reactors in the refinery plants not have sufficient catalyst volume to carry out the required reactions. Furthermore, processing vegetable oil reactions are fairly exothermic and may require quench facilities which may not be available. By-products (H2O, CO, CO2) coming from the deoxygenation reaction have to be removed in a revamped recycle-gas system, or by using a big amount of purge gas. In addition, it was found that the deoxygenation reactions had a tendency to compete with the primary desulfurization reactions taking place within the hydrotreating unit. This was seen to present too much risk in a fuel environment where ultra-low-sulfur diesel (ULSD) is required and rerun of off-spec products is expensive.

In view of the several difficulties related to co-processing route, building a dedicated unit optimized for vegetable-oil processing, as shown in Figure 4, seems more cost effective. 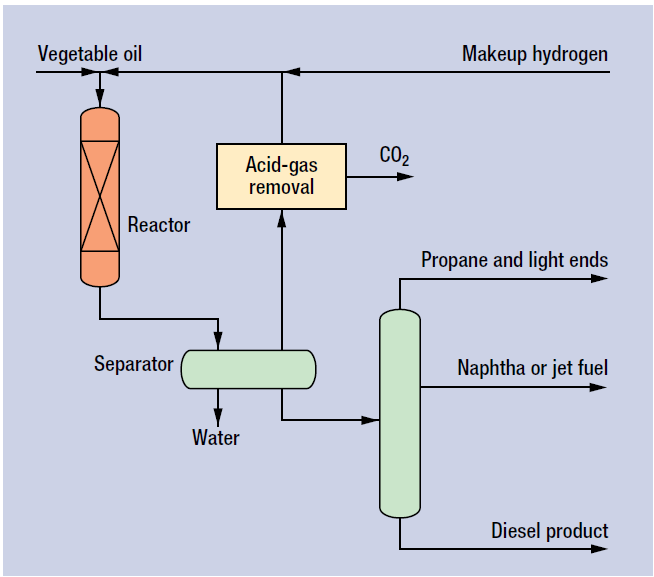 Figure 4 reports a simplified flow scheme of the green diesel production process in a standalone unit. Vegetable oil is combined with hydrogen and brought to reaction temperature. Then the mixture is sent in the reaction unit where the vegetable oil is converted in Green Diesel. The last one is separated from the recycle gas in the separator unit while the liquid product is sent to a fractionation section. The design of the fractionation section can vary from a one-column system to produce diesel and unstabilized naphtha to a three-column system to produce propane, naphtha and diesel products. The recycle gas is treated in an amine system to remove CO2.

The project Green Refinery is the first example in the world of conversion of an oil refinery in conventional biorefinery. ENI has identified an opportunity to reuse the catalytic hydrodesulfurization section present in Venice refinery (see Figure 5) [5] by reconfiguring it in a biorefinery. The new biorefinery is based on the proprietary technology EcofiningTM previously developed by ENI in the laboratories of San Donato Milanese in collaboration with Honeywell-UOP.

After conversion, the biorefinery will be able to produce high quality biofuels especially green diesel, but also green naphtha, LPG and potentially jet fuel from raw materials of biological origin. It will be possible this way to meet the requirements of the EU directive on renewable energy.

At moment, have been done extensive process performance tests to determine the optimum process conditions, the catalyst stability and the obtained products properties. A range of vegetable-oil feedstocks has been processed in the pilot plants ranging from soybean to rapeseed and palm oil. An extensive program is underway to evaluate other potential feedstocks including tallow and greases derived from animals. Pilot-plant tests have shown that there is no measurable deactivation after over 2,000 hours on stream. 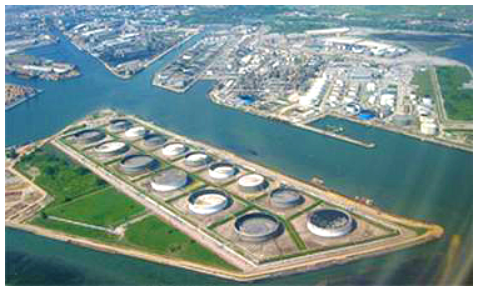