Many of the world’s potential reserves of hydrocarbons lie beneath the sea, and the hydrocarbon industry has developed techniques suited to conditions found in the offshore, both to find oil and gas and to successfully produce it.

Modern and advanced drilling techniques and methods have increased Companies’ ability to find hydrocarbons and the speed at which their projects are developed.

There are technology advances for exploration and development, better control of environmental impacts, increased efficiency, and improved understanding of the marine environment.

The techniques and equipment for drilling offshore wells (offshore drilling) are very similar to those used for onshore drilling.

The main differences consist in the arrangement of the drilling rig and of the equipment, and in certain particular methods of carrying out the operations, which have to be adapted to the requirements dictated by far more difficult and often extreme environmental conditions.

This entails considerably higher costs, to which must also be added considerable investments to provide the facilities and plants for subsequent field development.

An offshore drilling rig has to create the same working conditions as for onshore rigs which can move from one point to another without any difficulty, and they have several additional features to adapt them to the marine environment, including:

These conditions increase the complexity of the offshore rigs, and justify their higher daily rate compared with an onshore drilling rig of the same capacity.

From an operational point of view, offshore drilling may be subdivided into two main categories, depending on the water depth. 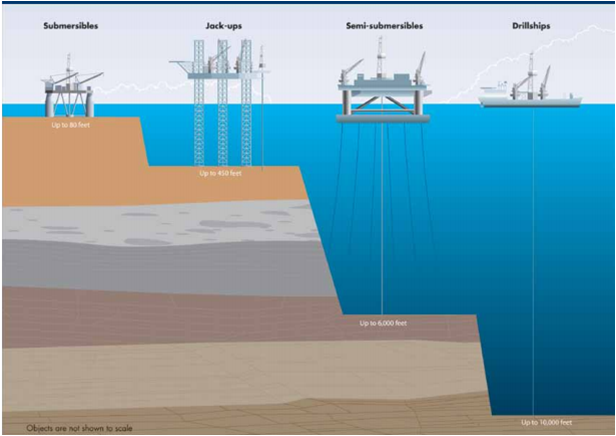 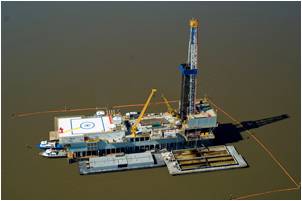 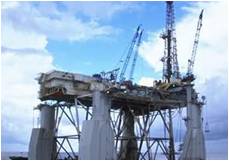 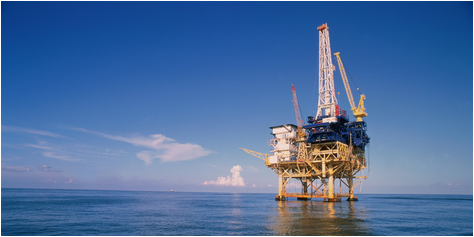 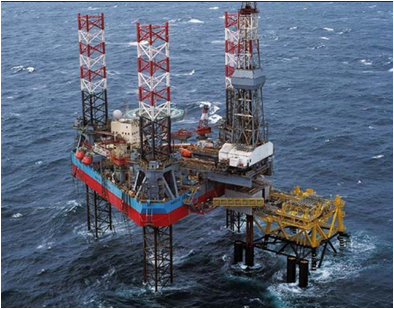 There are two categories of drilling floating rigs 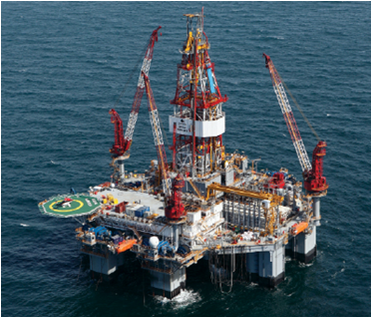 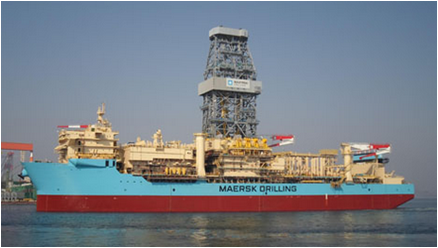 The techniques for drilling offshore wells from floating rigs are basically the same as those used for onshore wells.

In general, the factors involved in drilling wells from floating rigs are due to the following:

Drilling starts after the rig has been positioned vertically over the well, by means of mooring or dynamic positioning systems. 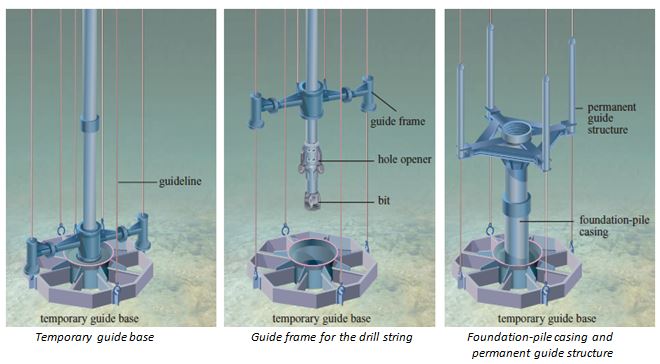 Drilling from floating vessels (from Encyplopaedia of Hydrocarbons ENI)

In offshore drilling BOPs have the same function as those used in onshore wells, but are connected in a single complex (the BOP stack) before being mounted on the wellhead, so as to reduce assembly times at the sea bottom.

They are lodged in a square-section cage structure with female columns at the apexes, into which the male tubular columns of the permanent guide structure fit.

The BOP stack is lowered and fastened to the wellhead by means of a hydraulically controlled connection, ensuring hydraulic sealing.

In the event of temporarily abandoning the well because of adverse weather and sea conditions, it is possible to suspend the pipes on the shaped rams of the lower BOP, to unscrew the pipes and to close the well with the upper blind rams – at this point it is possible to disconnect also the marine riser and possibly to abandon the site.

The marine riser can be reconnected when the sea and weather conditions improve.

The hydraulic lines controlling the various functions of the BOP stack converge in a connector block, to which is connected the bundle of flexible pipes for their control from the surface.

The BOPs can be operated in a similar way to that used in onshore wells, known as the direct system. 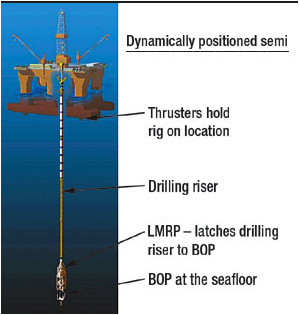 A semisub drilling rig and a subsea BOP Stack 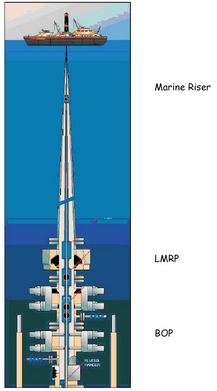 A drilling ship and a subsea BOP stack