Simple cycle refineries (Hydroskimming) are traditionally equipped with crude oil distillation plants, desulphurization units for distillates, and with units to increase the octane number of gasolines.

The hydrogen for hydrodesulphurization is supplied by the reforming units. More recently, the reform units have been accompanied by units for the isomerization of the C5-C6 cut. 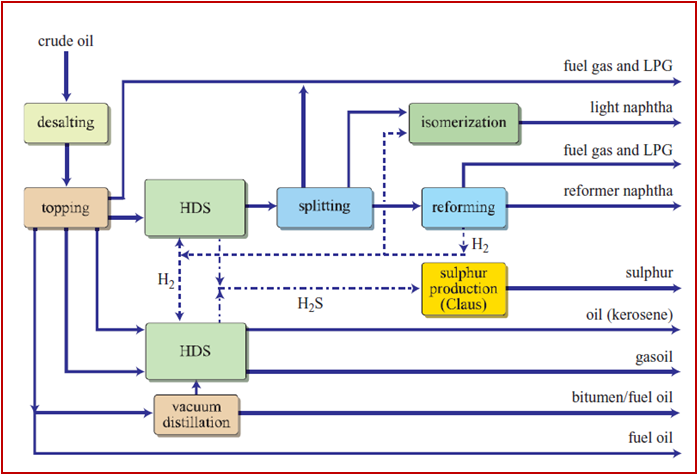 In addition to the units in the hydroskimming scheme, the thermal conversion cycle also includes visbreaking units (plus thermal cracking) or cokers; these represented the first generation of conversion processes. 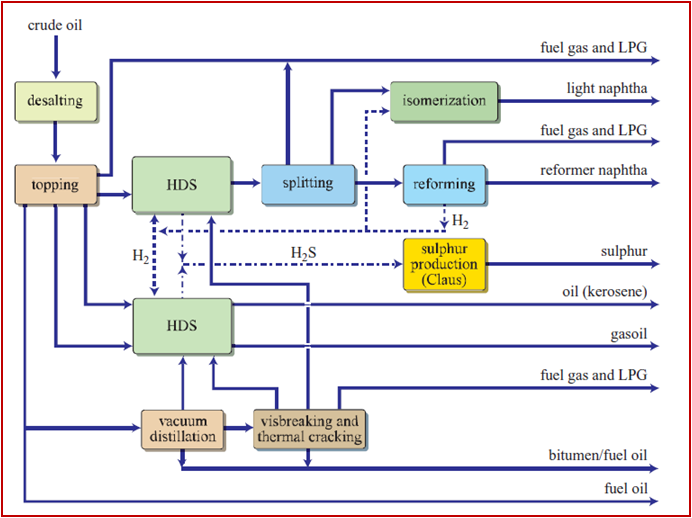 Visbreaking (VB) and coking have always been relatively important, given their ability to treat the residues of distillation atmospheric and vacuum in a relatively simple and economical way. Coking in particular may also represent the basic process in a deep conversion refinery if a use is found for the coke produced (combustion, sale or gasification). Yields, especially in the case of visbreaking, are not high; the same is true of the quality of the products. However, there is an increase in middle distillates (in the case of VB) or light products in general (in the case of coking), and this improves the refinery’s operational flexibility. 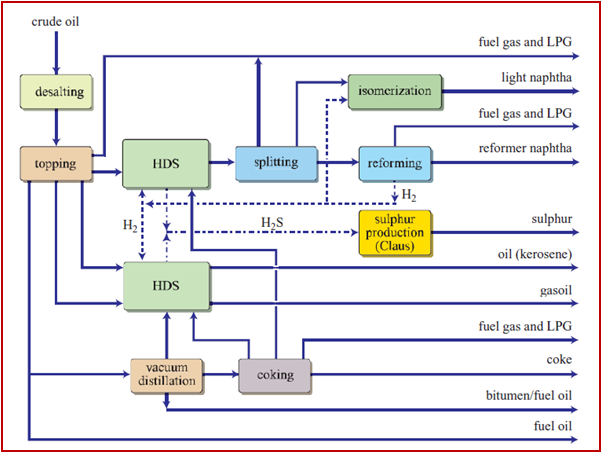 However, this cycle is unable, at least in its simplest form, to meet the quality and environmental requirements of a modern industrialized country.

Catalytic conversion refineries are equipped, in addition to the other units, with more traditional conversion plants, especially those for catalytic cracking and/or hydrocracking .

Since the beginning, catalytic cracking, has been more popular in the American refining system than in the European. Often, the catalytic cracker is followed by an alkylation plant which uses the gaseous by-products of FCC. 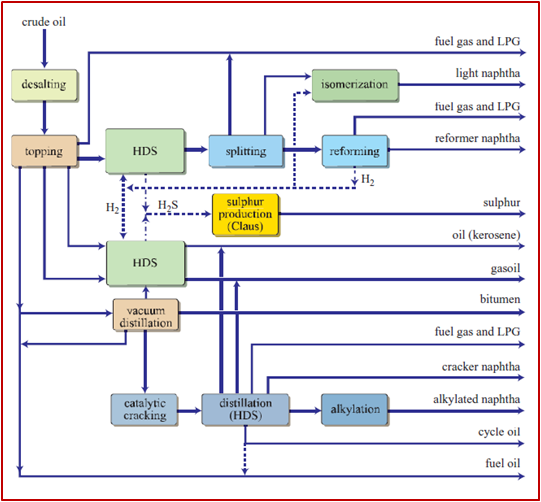 Hydrocracking, which necessarily requires the presence of purpose-built plants for the production of hydrogen (steam reforming), became widespread later, and represents the basis of many modern refining cycles. 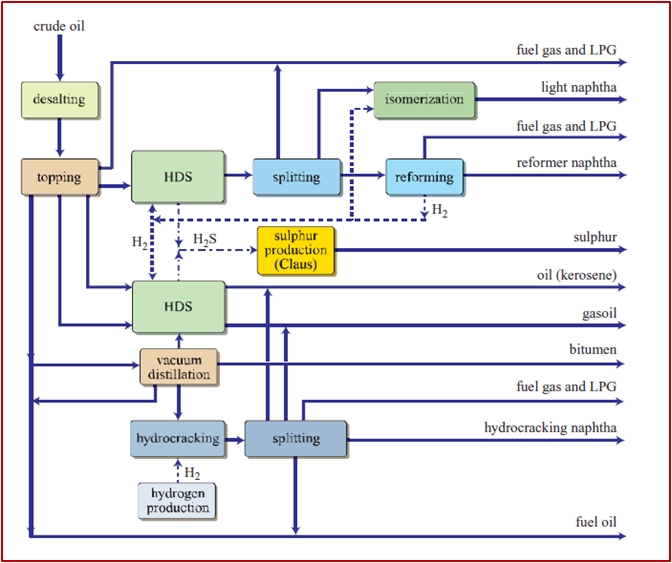