Reservoir management requires a deep knowledge of the reservoir that can be achieved only through its characterization by a process of acquiring, processing and integrating several basic data.

In detail the main steps of this process are:

2.Data processing based upon:

The characterization of a reservoir aims at producing the best detailed geological reconstruction both of its geometry and of its internal structure. The overall process is, therefore, the first basic step in the development of a reservoir model, and it must consider all the available data, processed and interpreted with the best technologies always caring to be consistent with the observed historical reservoir performance.

Geophysical, geological, and engineering characterization provides also information on the initial distribution of the fluids, as well as on the hydraulic connectivity between different zones of the reservoir rocks. 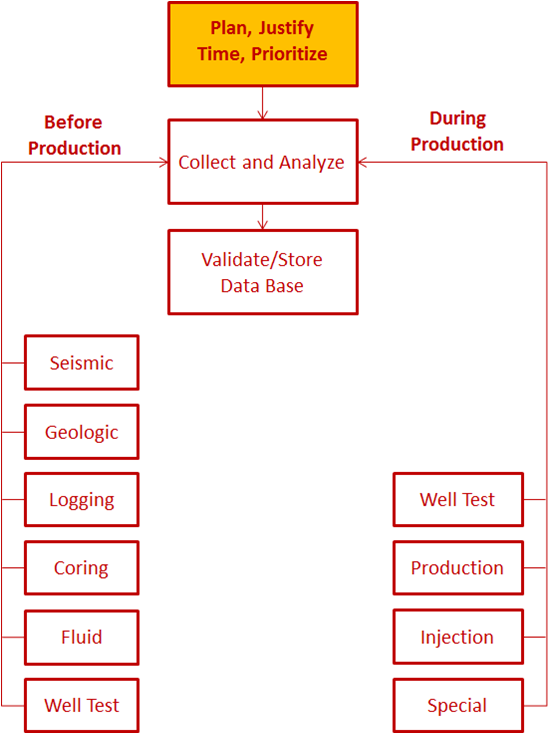 Reservoir characterization aims at the detailed description of the reservoir

Typical information produced by the reservoir characterization process are for example:

The following activities are normally performed for the acquisition of the data required by the reservoir characterization.

Seismic data acquisition is fundamental for the definition of the reservoir architecture.

Seismic response of a reservoir depends on petro-acoustic properties of the volume of rock investigated; such properties can be obtained by the interpretation of specific field data. 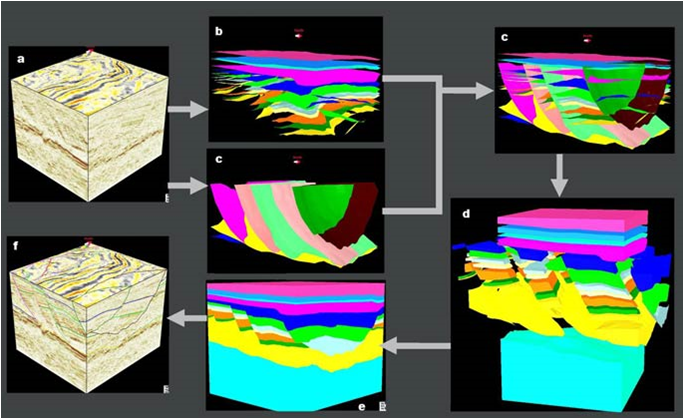 From seismic to structural reservoir modeling

Well logging plays a fundamental role for the formation evaluation process and for the assessment of production potential of a hydrocarbon process.

The log interpretation, in fact, gives a quantitative evaluation of the “in-situ” value of some important petrophysical parameter, such as:

Depending on the wellbore status, the logs are classified as: 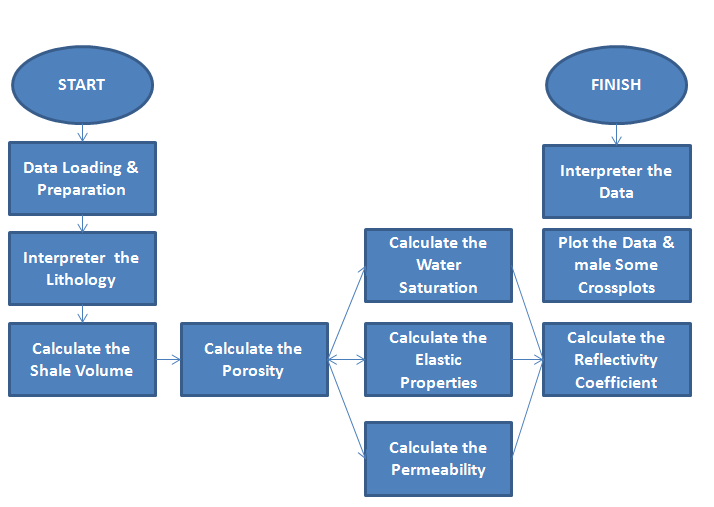 A flowchart to analyze well logs for reservoir characterization 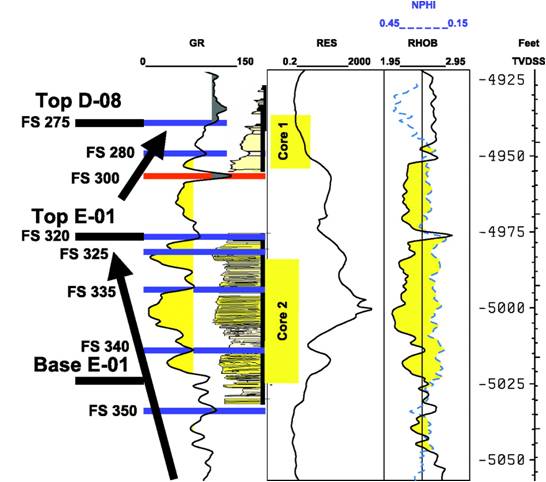 Lab analysis on reservoir rock samples (e.g. cuttings, bottom-hole or sidewall cores) are a traditional and well-established way to obtain basic data for formation evaluation and reservoir characterization. It is common practice to carry out these analyses according to two different approaches:

Routine Core Analysis that are usually performed on thin sections and on large number of small size samples (e.g. cuttings, plugs taken from a full size core) to characterize the texture of the reservoir rock and some of its basic petrophysical properties. Among the more important properties routinely measured we can here mention:

Special Core Analysis (i.e. SCAL) that are usually carried out on a limited number of samples because of the lab time and costs involved with this type of analysis. The samples are chosen in such a way to be representative of the main rock types found in the reservoir.

Basically the SCAL aim at obtaining information on

Among the most important SCAL usually performed we can here list: 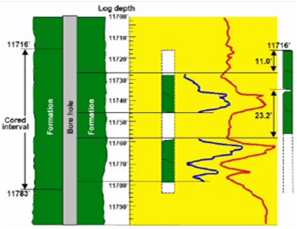 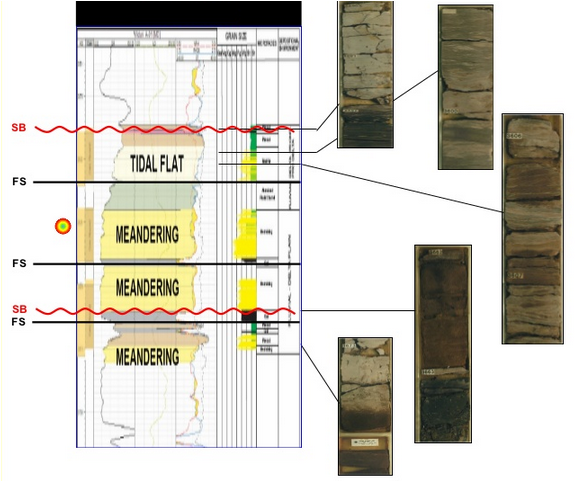 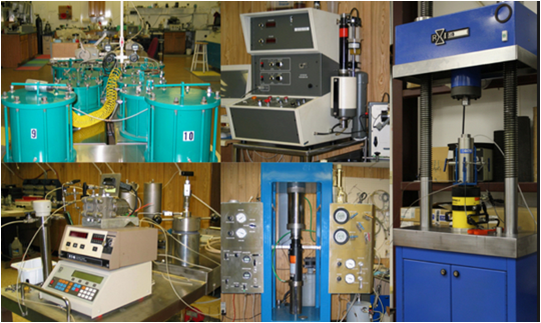 The phase and volumetric behavior of hydrocarbon systems is commonly characterized through a set of lab experiments known as “PVT study”. The type of experiments and the physical quantities to be measured depends on whether the hydrocarbon system is on liquid or gaseous phase at the initial reservoir conditions.

In the first case the system is identified as“oil” and will undergo to a “differential liberation test” in a PVT cell, where the pressure is gradually lowered by steps, keeping the temperature constant and discharging the gas volume liberated in each step.

Moreover, a special set of experiments (“separator tests”) is performed flashing a certain volume of oil from the initial reservoir conditions to the stock tank conditions, so as to simulate the separation process that will occur through the surface facilities.

All the data measured in a PVT study are furthermore processed to obtain the thermodynamic functions to be used in the reservoir engineering studies, i.e.: Bo, Rs, Bg, γg, μo, etc.

If the system is on gaseous phase at the initial reservoir conditions and a retrograde condensation will occur in the reservoir during the production, it is identified as “gas condensate”.

In this case the PVT study will be a “Constant Volume Depletion” during which the initial pressure of a certain volume of “gas” in “ad hoc” cell will be gradually lowered by steps, keeping constant the temperature and the cell volume. The total mass of hydrocarbons in the cell, of course, is decreased during each pressure depletion step

And for each depletion step:

All the data measured in a PVT study are furthermore processed to obtain the thermodynamic functions to be used in the reservoir engineering studies, such as:

Special PVT experiments can also be performed for the reservoir engineering studies of IOR/EOR projects. For instance, in case of (miscible or not miscible) natural gas or “exotic” gas (N2, CO2) injection the execution of a “swelling study” is usually recommended. 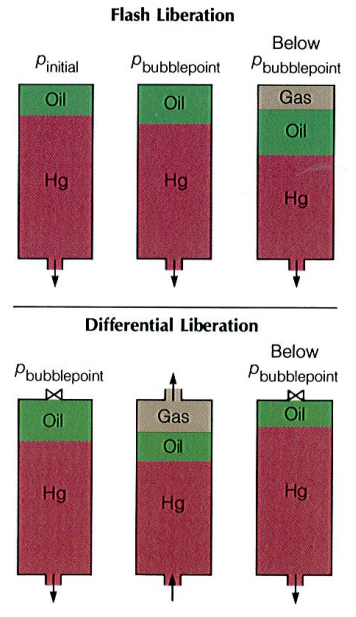 Well test is a well-established and really powerful technique for characterizing some of the basic transport properties of a porous rock, and for evaluating the performance and the potential productivity of a well.

Pressure build-up, falloff tests, interference and pulse tests can provide a good assessment of the in situ value of the effective permeability-thickness of a reservoir in addition to its pressure, as well as information on stratifications, and on the possible presence flow barriers such as sealing or partially sealing faults, strong permeability-thickness variations, etc. 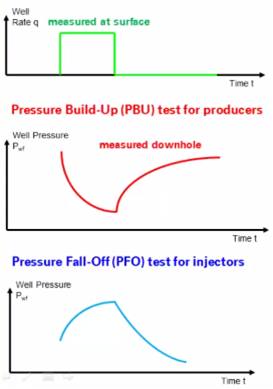 This short review of the data necessary for a good reservoir characterization and the techniques employed to get them, has shown that a huge amount of data is usually collected and analyzed during the life of a reservoir.

The amount of acquired data can vary based on

Moreover, the acquisition and interpretation of the data requires a robust quality assurance process for their validation and correct interpretation.

The validated data must be stored in a common computer database accessible to all interdisciplinary end users.

The evident benefits of readily available, high-quality data is 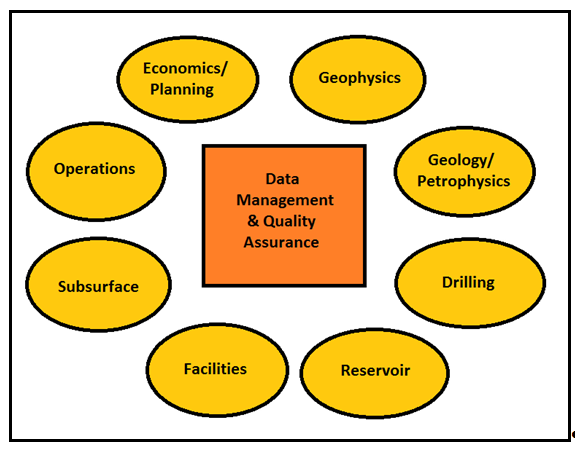 The central and vital role of data management and quality assurance