The use of software for the solution of complex problems is dating in 1960s. Since then, computational chemistry grew up quickly by means of increasingly powerful computers:[1]

Since 1990s PC programs have played a key role and nowadays are widespread in petroleum and petrochemical processing. In the following section the basis of computational chemistry and the principles of the main commercial software are described.

Computational Chemistry is part of the chemistry that uses mathematical models to be simulated on the computers:

These methods are based on the law of classical mechanics and include:

Figure 1 – Schematic Representation of a Molecule (2)

These methods are based on the law of quantum mechanics and include:

Process simulation started in the 1966 when Simulation Science launched the program PROCESS (today PROII) for the simulation of distillation columns. Nowadays is widespread due to the possibility to simulate steady state and dynamic. Steady state is used for equipment design, debottlenecking of plants while dynamic simulations are used to reproduce start-up, shout-down, disturbances, operability etc.[7]

The main software use in Industrial Processes are based on two techniques [8]:

The tear stream approach gives an initial value to the stream; in this way the blocks can be solved sequentially. Then the initial choice is checked by an algorithm, until converge is reached. The method is suitable for steady-state simulation, but it is time-consuming for very complex systems. 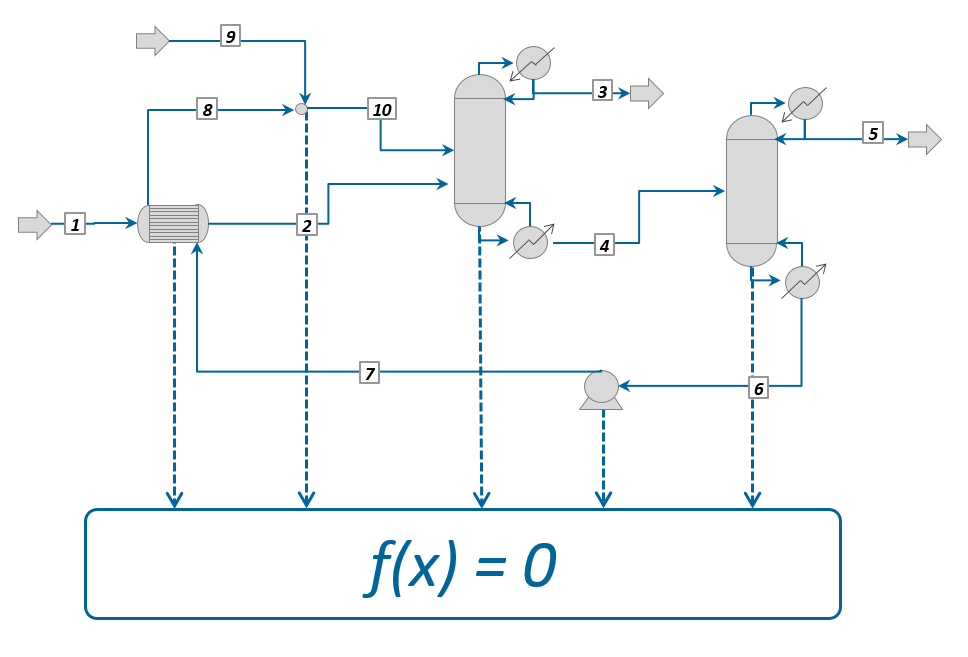 The combination of the two models (SM & EO) is called Simultaneous Modular Approach.

In this section, the main commercial software are listed: 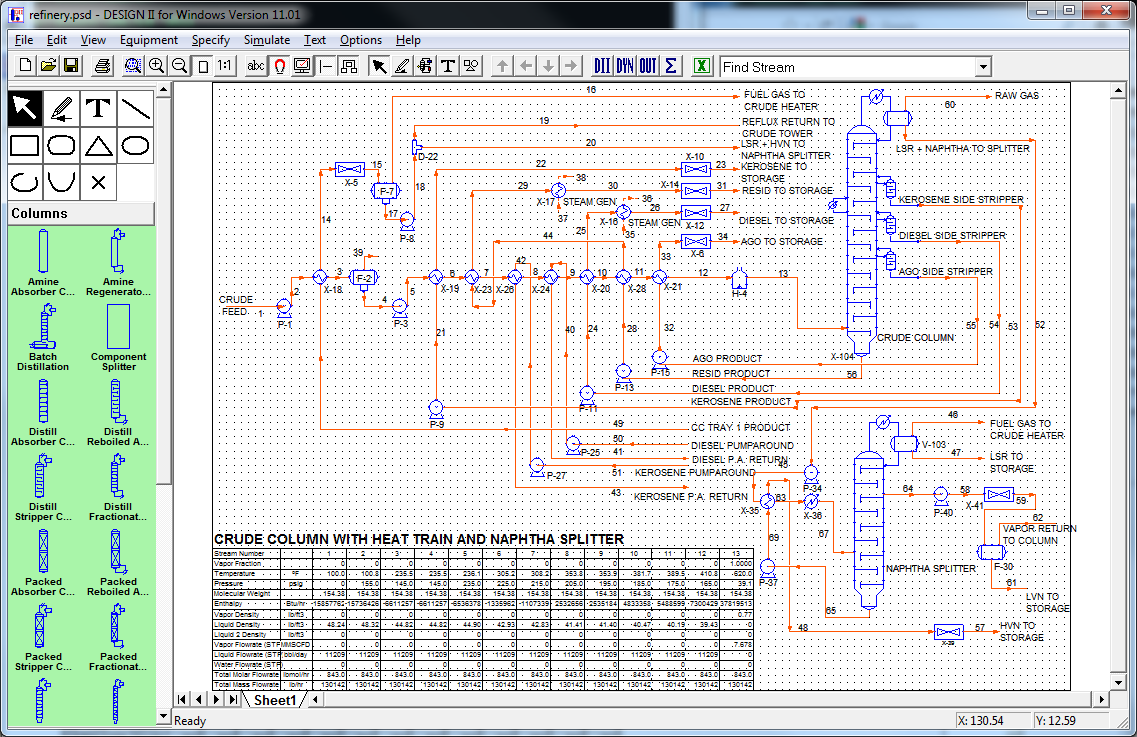 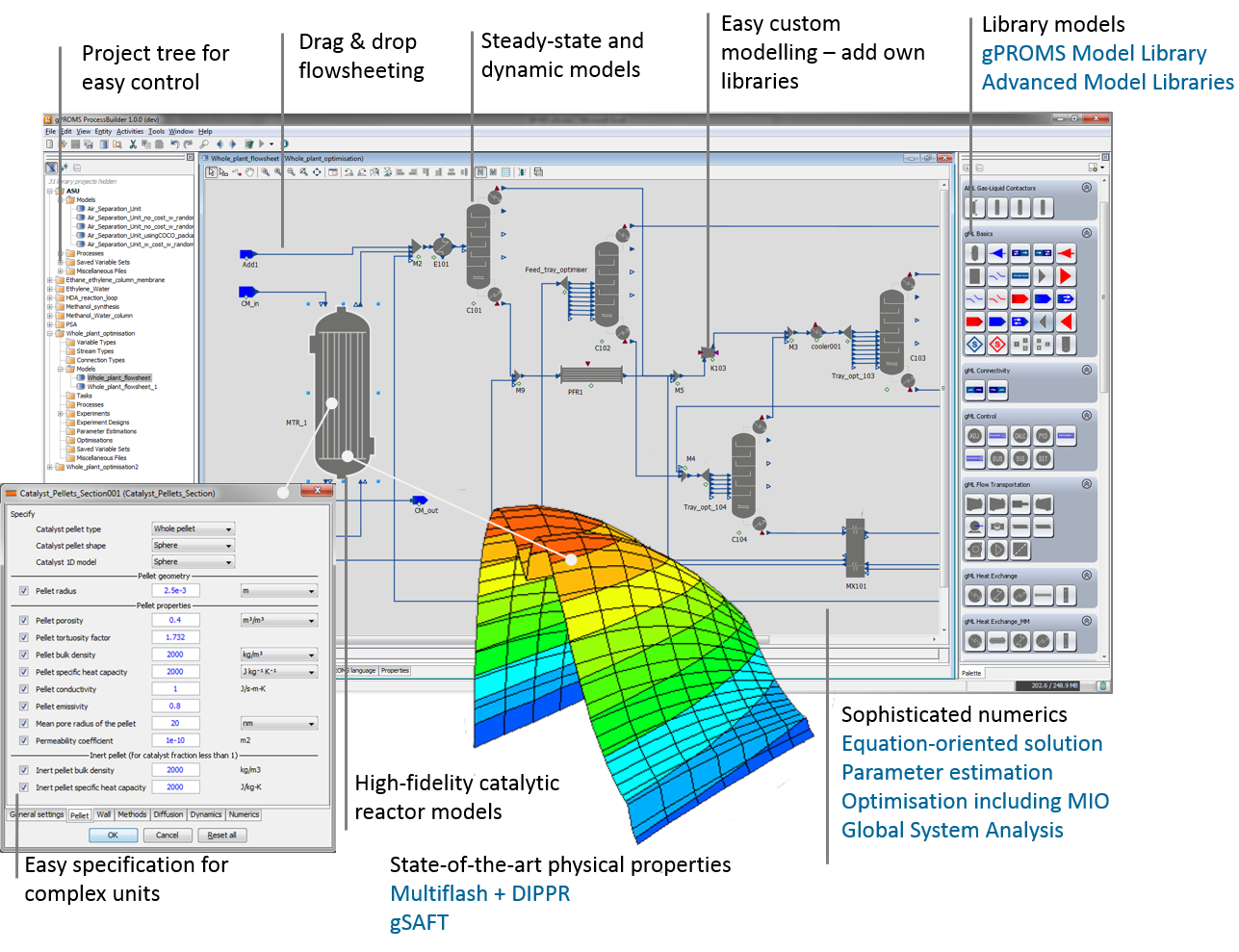 Since 1960s computational chemistry (classical and quantum) has played a pivotal role in solving complex problems. Nowadays commercial programs are based on two mathematical models: Sequential Modular Approach (SM) and Equation Oriented Approach (EO). The SM is suitable for steady state solution, while the EO for dynamics processes and real-time optimization. There are several software (Aspen Plus, PRO/II, gProms etc.) that can reproduce the main petroleum and petrochemical processes; but despite there are more powerful PC, some simulations are time consuming. Therefore the future challenge is to reduce this time ever more and integrate different modelling components and environments through a standard interface (i.e. CAPEN-OPEN project[17]).